Kali, Dean, and I would grow around 100 pounds every 3 months. I personally sewed a five-gallon bucket full of seeds with Dean that later was busted by helicopters (Op. Green Harvest). The newspaper said it was 250,000 plants. This was the scale of our operations.

Dean used to say, “plant one for the rippers, one for the cops, and one for yourself”, and this formula was amazingly accurate. We would fill 98-quart coolers with sealed pounds and ship them to Alaska – the same coolers would return filled with smoked salmon, gold dust, and cash.

Kali & Dean were two brothers from the mainland United States. They came out to the Big Island of Hawaii around 1978. Kali was the older of the two, and he was a smooth talker with animal magnetism and a true genius for making a buck. Dean was the workhorse, while Kali was the golden-tongued salesman. By 1983 when I had met the pair, they had already made a couple million dollars cultivating and moving marijuana.

I started out by trimming with Dean, and we soon became good friends who later worked together, starting, planting, harvesting, trimming, and doing some smaller deals. Kali was regularly moving 100-pound lots, and money was no object to him. I personally worked on his now-famous house on the Hamakua Coast of the Big Island. The house is a work of art filled with works of art. I often wonder if the new owners are aware of the secret compartments within the house.

We were a group of 9 original lost souls deemed “The Lost Boys”. You see, there was no work anywhere on the Big Island from 1982 – 1986 due to the end of Hawaii’s sugar industry. I was unaware of the crushing poverty that would result because of this. Imagine everyone you know being suddenly unemployed without any alternative for new employment. If you had a hotel job or such, you kept it. Others, like us, would generate income from the cultivation and sale of marijuana – eventually buying off-grid plots of land under the table to homestead on.

Man did we have a time, those were truly the “Wild West Days”, as the locals describe it. Weed was a provider of the fulfillment of life and dreams. And we grew the s*** out of it.

Growing weed back then was an outlaw totally criminal enterprise – so at least we knew where we stood. Today, the laws appear to be geared for each “state’s” benefit. Ambiguous and confusing, the climate today for pot growers is a strange brew obviously designed so our “leaders” can do just about anything they want while growers, on the other hand, will be told what to do and like it.

I guerrilla grew multiple thousands of pounds of marijuana, and although my time is over, your time is here.

Guerrilla growing weed is farming, and farming is back-breaking work. It’s also no sure thing—you’re subject to the elements and other unpredictable situations. Back when I was doing it, you had rippers (pot thieves), cops, jealous neighbors, and your own shortcomings all working against you. So guerrilla growing and making a million bucks worth of weed is and was not at all like falling off a log.

Large-scale guerrilla growing cannabis is for the fool-hardy brave with strong bodies. Sure, you got these scientists today with their indoor hydroponic grow rooms, but I’m not one of them. I’m the Big Island guerrilla combat grower and to know what I know costs pain, blood, sweat & tears. Of course, I’m not going to divulge all of my functional secrets on a blog on the internet. Everything I have shared here is common knowledge on the Big Island.

If you want to be successful at guerrilla growing weed, you will have to pay your own “dues”. Let me just say this about that. Say by fortune you get a hold of about 500 seeds of a good strain. Then you do everything right: starting out seedlings, finding a secure spot, incorporating stealth & camouflage, amending the soil right, enough heat & sunlight, plenty of good water, and harvesting at the right time. Good job! Congratulations! Now you gotta get rid of the stuff. A whole new can of worms has crawled into your life.

Though I must admit that today it’s an easier market than ever before, but it still has to be profitable. What does one lot go for today? Well, back when it was totally illegal, I could get 4,000 a pound… Do the math… But today, good luck getting half that, right. In Seattle, street weed goes for between 10–20 bucks a gram, but why buy on the streets with so many legal shops selling grade AAA+ for 2 grams per twenty. It takes a lot of twenty-dollar sales to unload 1000 pounds. I don’t envy you in that aspect of today’s weed market… it’s a buyer’s market. 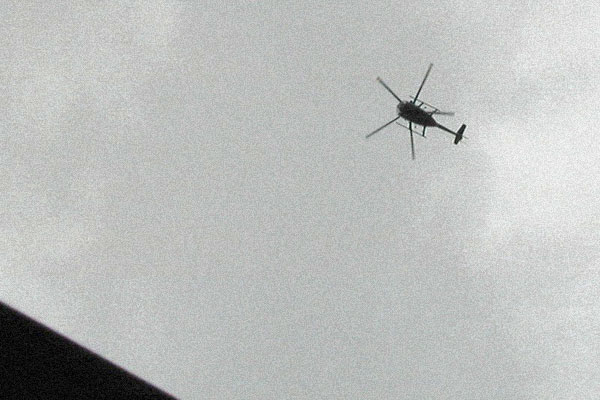 Operation Green Harvest was a decades-long effort to eradicate marijuana in Hawaii. Helicopters would fly over private and public property, searching for marijuana plants to destroy. They would typically spray the plants with a foul mixture of diesel and coloring, bright orange or red. Other times dropping down men to seize the plants. Of course, all paid for with tax dollars because we all knew the heinous evil that marijuana causes…

Silver Chevy trucks equipped with menacing push bumpers and roll bars carrying decked-out uniformed officers brandishing M16s were tearing up around the neighborhood, destroying every house they stopped at. My neighbors were standing in a line, all handcuffed with M16s pointed in their direction. Our own house front door was blasted right off the hinges—no lock on it, by the way, just had to open it…

Our water lines all cut, windows broken and not a single pot plant or any drugs found whatsoever on our land. No warrant, no apology. After leaving the rubble of their destruction behind, another helicopter flies in before sunset – no tail number, no markings of any kind, just a jet-black McDonnell Douglas E-500. The helicopter lands at our neighbor’s house while he is in jail.

Two guys dressed in black with black masks covering their faces get out and loot the house. Not only do they take large sacks of weed out, but also all personal items of value, including cash.

A few days later, a Green Harvest helicopter was shot down near Honokaa, Big Island. But the war had not yet started. I was too young still to understand it all. But that showed me the ugly truth, and the ugly truth would come back to haunt everyone involved 10 fold.

I am a true haole, yes, and I’ll wear it like a badge of honor until death.