Images and writing by Jason Lamoore.

So the story goes, herb today is far better and stronger than the weed of the sixties and seventies. It may be true that the common market generally has more potent and fresher ganja, but that can be explained by the loss of Mexican cannabis entering the United States because of changing laws.

Back in the day, the herb crossing the border was almost a year old and seeded. A lot has changed since then… the one hit quit shit was around, but harder to come by.

Hawaiian cannabis was one of those rare, exotic types of marijuana. With strains like Maui Wowie, Puna Budder, and Kona Gold, to name only a few, Hawaii’s reputation for growing the world’s finest took hold. But that was then.

Along with the war on drugs came “green harvest”, and Hawaii’s monster sativas were easy to spot by the eradication helicopters. Ten-foot plants soon became as rare as the Hawaiian Nene (endemic goose). 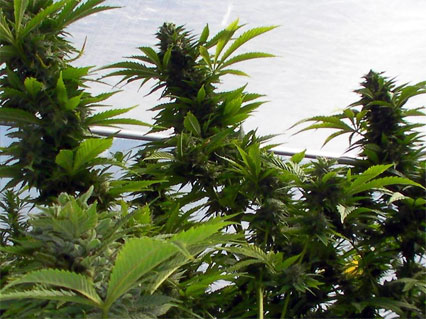 It wasn’t long before seeds from Tibet, India, Afghanistan, Amsterdam, British Columbia, and California began to replace and water down old Hawaiian genetics. By the early nineties, Hawaiian “landrace” strains were the exception. Growers didn’t’ want to wait five, six, or seven months for a harvest… the exposure was too long, and pot trees are easy to see by helicopter even with the cover of deep tropical bush.

I remember when “90-day wonder” strains hit the islands. Short and fast, these plants packed a punch—but at a cost.

Today, “Skunk Dawg” is popular in Maui, and old-school sativa is nearly impossible to find and rarely as good as the high caliber smoke from back in 1979. What has been lost, or more accurately, has been traded away is THCV (THC-V, THCv). Also known as the “sports car of cannabinoids” this molecule is far more psychoactive than its cousin THC delta-9. 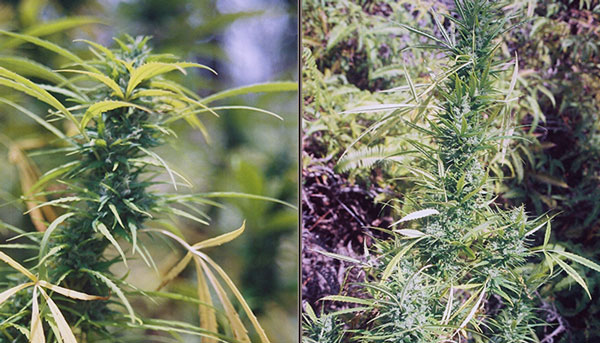 Not only does THCV have a stronger cerebral effect that is closer to a hallucinogenic, giving users that super-high ”cartoon land” buzz, you know… when everything is like a dream or as if you’re in a movie and every time you blink, it’s like a new scene. Like really high. Like high energy high. Not only does THCV have this effect, but it is also of a shorter duration (around two hours) and seems to have “no ceiling”. That is, there is no limit to how high you get. No crash and burn. The THCV high makes food less than appealing. Yes, you heard me right, anti-munchies.

THCV hits quick and hard. This is where the term “one-hit quit” came from. Unless you’re an older stoner, you won’t have a clue as to what I’m talking about. There are tales of old speaking of “one toke choke smoke” from back in the day. Try talking story with an old auntie, uncle, or hippy about Hawaiian sativa from the seventies and early eighties and how good it was and tasted.

Cannabis from Mexico, Columbia, Thailand, Cambodia, and Vietnam is where many of the genetics for “Hawaiian” sativas originally came from. There is no true Hawaiian cannabis. With this being said, cannabis is a wonderful plant, and Hawaii is a wonderful place. Plants acclimate to their environment over time. Genetic changes occur, and over time, the plant actually does “become” from that area. 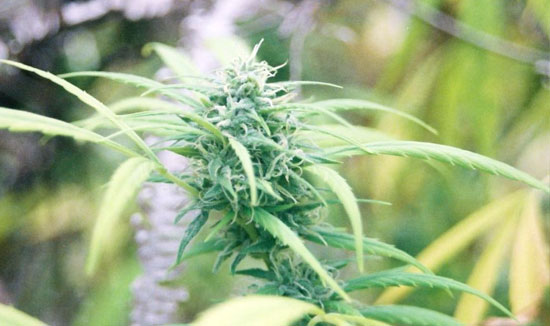 However, it can be challenging to grow lanky sativa plants indoors. They are generally too big and take too long to finish to make it worth growing for most. Strains like Pineapple Purps, Asian Fantasy, Black Beauty, and Doug’s Varin are the definition of rare. Levels of 1–2% THCV are considered high. A ratio of 1:1 THC to THC-V would be a game-changer.

Hawaiian strains of old may have the very genes that produce THCV over months of flowering under the Hawaiian sun. High ultraviolet light has been associated with THCV production, and smart indoor growers have recently been supplementing with UV LEDs in an attempt to reproduce the tropical sun.

There are growers in Hawaii and worldwide working hard on finding, preserving, breeding, and offering high THCV strains and hybrids suitable for indoor and temperate climates. But the quest for super high THCV will still be challenging, and only truly dedicated breeders will succeed since it is theorized by many that the genes responsible for high THCV may be recessive and/or masked.

As the cannabis industry grows and Hawaii regains its rightful seat as the premiere pakalolo paradise, soaring, skyrocketing, trippy tropical strains will find their way to the very top of connoisseur’s lists everywhere. Hawaii will surely lead the way, and the world of weed will never be the same again. 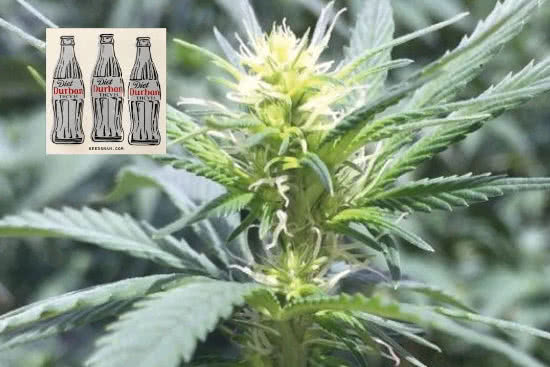 Overview: Diet Durban produces equal amounts of THC and THCV at approximately 7% of each cannabinoid. Total THC is ~14%. This high-THCV strain was bred from Thai landrace and “Caprichosa Thai” genetics. Diet Durban seeds grow shorter plants that flower faster than most equatorial sativas. Yields are considered very high. The finished product smells and tastes floral with notes of citrus aniseed, and pine. The effect is highly-stimulating, cerebral, lucid, and may act as an appetite-suppressant.

Disclaimer: We do not promote or undertake in illegal activities. Know your laws before purchasing online. 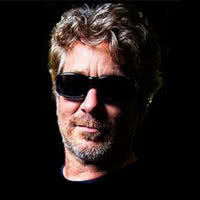 About the Author: Jason Lamoore

Jason Lamoore is a world renowned cannabis activist. Imprisoned for his religious beliefs, which includes the use of this medicinal herb, he has spent much of the last 30 years working feverishly to deprogram a heavily indoctrinated populace. Armed with an A.A.S. in Agriculture from Hilo, Hawaii and with over 20 years experience as a ”guerrilla” grower in Puna, Hawaii, Lamoore is a consultant extraordinaire boasting a clientele that spans the globe. Having co-founded “Hawaii High”, he hopes to realize his dream of decriminalizing cannabis in the U.S. completely.

2 thoughts on “Tropical Cannabis and THCV”